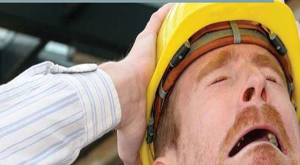 7 Ways to Prepare for Construction Surprises

Was there ever a construction project that went exactly as planned?

More often than not, you’re going to encounter the unexpected – like a mistake in the plans or some site condition that requires extra work. These surprises are rarely good ones. Anything can go wrong on a job. And the result is nearly always the same – extra time and higher cost. No contractor is immune from surprises. But it’s easy to limit the damage from a surprise.

Contractors aren’t insurance companies. You shouldn’t have to make good at your own expense every time something goes wrong on a job. And you won’t with the right contract. Good contracts allocate risk between the owner and the contractor. Courts enforce contracts the way they’re written. If you write the contracts for your jobs, here are seven good ways to avoid losses from the unexpected.

Make your bid define the job. Describe the materials you plan to install, not the finished job. For example, if you’re replacing a roof, the bid might show "Remove and replace 18 squares of composition shingles and 80 linear feet of flashing.” If sheathing has to be replaced (a surprise), that’s at extra cost. Don’t quote a price simply to “re-roof with composition shingles.” That could be interpreted to include whatever sheathing is needed.

Exclude errors in the plans. Mistakes are common in plans and specs: Contractors aren’t licensed design professionals. You don’t have an obligation to find design flaws. Give notice when you spot a mistake. Then get an agreement on the cost of extra work.

Changes in the law. Anything extra required to conform to changes in law, code, ordinance or regulation is extra work to be done at extra cost.

Be prepared to prove the claim. Avoid disputes that begin “I said. . .” or “You said. . .” Keep a written record showing extra labor, material and equipment expense. Give the owner a copy as the extra work is being done.

Set the value of extra work. The contract should identify how charges for extra work will be calculated. The best choice is your “usual selling price.” The second best option is the cost of labor and materials plus your usual markup. Payment for extra work is due when that work is done.