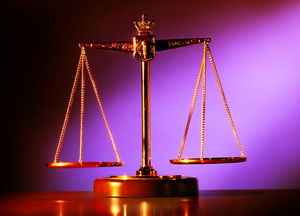 Changes in Construction Law for 2015

Seventeen states have made changes to their construction contract law in the last few months. My partial list is below. Some of these changes are trivial;others will affect contractors throughout the state. Don’t expect to find much on this list that makes your life easier -- that’s not how it works. Unfortunately, most changes in the law make it harder for contractors to earn a living.

Colorado Revised Statutes § 24-91-103 reduces the maximum retainage allowed on most public works projects from 10% to 5% on the first half of the project. Thereafter, no retainage is allowed. Prime contractors must distribute funds to subcontractors within 7 days of receipt of payment. Effective June 4, 2014.

Illinois Compiled Statutes § 770-60/21(b) reaffirms the option contractors and bonding companies have to deny payment to subs until the owner pays the contractor. Effective July 16, 2014.

Louisiana Revised Statutes Title 14, § 202.1 creates the crime of Residential Contractor Fraud. Criminal conduct includes leaving the job idle for 45 days, a false representation in any application for a permit, not having the required contractor’s license or giving work to an unlicensed subcontractor. Penalties range up to 10 years at hard labor and a $3,000 fine.

Mississippi Code Annotated. § 75-24-301 to 311 gives residential property owners the right to cancel a roofing repair contract if an insurance company denies any part of the claim. Effective July 1, 2014.

Missouri Revised Statutes § 407.725 is expanded to give all property owners (not just residential property owners) the right to cancel a repair contract if an insurance company denies any part of the claim.

Texas courts may award damages to a contractor for delay by the owner even if the contract prohibits damages for delay. Zachry Constr. Corp. v. Port of Houston Auth., 57 Tex. Sup. J. 1378. Decided August 29, 2014.

Disclaimer: Nothing in this article should be interpreted as a substitute for professional advice from an attorney practicing in your community. Only local counsel can appreciate the business and legal environment under which a construction contract is drafted, negotiated and executed.