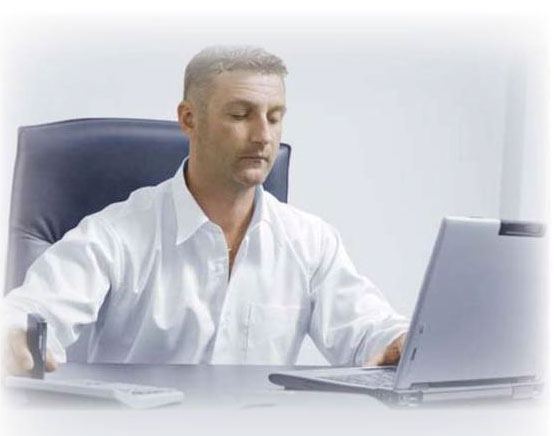 Estimators who work for general contractors may know this saga of stress, anxiety and comic relief all too well:

2:00 AM The night before the day of the big bid.  It is the project the estimator’s firm just has to win.  She or he might get to bed in the next ten minutes, as soon as they finish the masonry takeoff.  The new day will see them at their desk early.

7:00 AM The bid team is in the office and starting to field the incessant phone calls, emails and faxes that will not let up until ten minutes before the bid is due.  That is all the time they will get to calculate and check the final totals and call them to their bid runner, who is waiting at the bid opening site.

1:48 PM The energy bar the estimator opened at his desk two hours ago is still next to his keyboard, getting dry.  The estimator has the final bid summed and confirmed.  The bid runner was given the alternates by the assistant estimator five minutes ago.  Almost two weeks of concentrated takeoff and communications efforts are about to show some yield.  Or not.

1:54 PM All the estimator has to do is say “22 million, six hundred and twenty-nine thousand dollars,” followed by a literal repeat of “two, two, six, two, nine, zero, zero, thousand” into the phone to the bid runner, and ask her to say it back to him as she writes it on the signed bid form.  Which he does; then he waits.  The estimator waits a couple seconds for the runner’s reply, knowing that she is busy but that she never fails.  He waits a bit more, and then he realizes he is listening to a dead phone line.  He hits speed dial for the runner’s cell phone.  Straight to voicemail.  Again.  Same result. Again.  Again.  The connection has been lost and the phone is down.

The estimator’s head is in his hands, his elbows on the desk, as he explains what happened, and the bid team starts asking questions.  Did the runner hear the bid clearly?  Would she dare to deliver a bid number she had no way to clearly confirm back to the estimator?  Would they even want her to?

Construction estimating can be an interesting and harrowing grind.  It can sometimes be equated to the study of Geology, as once described to this writer by a Yellowstone Park Ranger: “long and interminable periods of boredom followed by moments of total helplessness and complete panic.”  People who do well at it may also be fire-eaters who would thrive while whipping unsociable dragons.  They seem to feed off stress, and the more hectic things get, the clearer they think, and the more quietly they speak.  Ability to hyper-focus is one of their talents.

The scenario above has and will continue to run in the lives of estimators, with a number of variables contributing to the “moments of total helplessness and complete panic” they will endure:

• Math errors occur that take all the fun out of the bidding process.
• Lack of review time can lead to silly, simple omissions with a big impact.
• The estimator can be relaxing at his or her desk a few minutes after delivering the bid, only to get a frantic call from the low mechanical contractor, who has just this moment discovered why they are so low, and they’re pulling their bid!

Getting out of a bid without getting the bid bond extracted, by proving a second tier omission or math error, can be a lot like trying to duck whizzing golf balls out on a busy Saturday afternoon driving range.  And not nearly as fun!

Of course, an early warning is better than learning that, after the Owner awards the project, the low mechanical or electrical bidder is refusing to honor their bid!  Once a general contractor signs the contract with the Owner, they have very little recourse for adjustment.  And zero sympathy.  It’s not a problem, right?

It’s a challenge?
Software for estimating gets purchased on the wings of efficiency, accuracy and error prevention, or rather error detection, because errors are something estimators make.  Actually, the more they do the more errors they make.  And until they get through the learning curve on new estimating systems, they are more likely to make even more mistakes.  It’s not about making zero mistakes; it is the strategy for dealing with them that counts in this fluid world of numbers, slim margins and broken promises.

In the world of estimating, there is plenty of glamour and intrigue – enough for everyone.  Normally reliable material suppliers, dependable sources for years, suddenly become dishonorable and unreliable when they are hit with price increases from their wholesalers.  Somehow, this all comes home to roost on the estimator’s desk, sitting there like a feathery predator with carrion breath, trying to make a lunch out of all the profit, and enjoy the hard costs for dessert.
And there is no Yin for Yang.  No one ever calls and offers to drop their pricing.  And the estimators’ code of ethics precludes the frowned-upon practice of “bid shopping”.  The estimator listens as the boss loudly tells every vendor in earshot that he will fire any of his estimators who he learns partake in this dishonorable practice.  He, the boss, most certainly does not approve of trying to improve profit margins by looking for better subcontractor pricing after the bids are closed.  But, privately, some employers try to encourage the estimator to grow profits in this way, as long as they, themselves, can dodge any semblance of guilt.

So, it is up to the estimator to hold the line on integrity, or bear the blame, because there is plenty of that to go around, and bid shoppers almost always are exposed.  Not just the estimator’s reputation suffers; most scorned subcontractors will refuse to quote to the offending company on the next bid day.  And there is no healing, no forgiveness, and no comeback.  They will do this forevermore in some cases.  Then the estimator finds himself without sufficient bidders to complete the bid for the next project.  He can also gain a reputation for bid shopping that can follow him to another position with another firm.
Yet there is cause for hope, and for a bit of humor in the process.  The estimator gets regular chances to redeem his reputation in the eyes of his employer, because new projects pop up to bid more often than kids get the hiccups.  It’s like roller-skating in a ball bearing factory -- if you trip but don’t fall, you get another chance to trip.

Still, the construction business has its lighter moments. There is the general contractor, let’s call him Dick, who hired a new estimator (goes by Joe). On Joe’s first day, he was in charge of putting together a simple bid for a new municipal bituminous parking lot.  This is a true story, as related to me by Dick, the contractor.  I don’t think anyone could make up something like this!  And there were witnesses.

The bid was due at 2:00 PM and Joe worked hard, calling subcontractors for quotes when he needed them, and filling in the costs on the estimate spreadsheet.  Joe worked on through the lunch hour and actually had the bid together in time to run it himself, a matter of a few blocks, down to City Hall, for the opening.  Dick decided to ride along to watch the bid opening and, so, together, Dick and Joe drove over to deliver the bid and wait for the opening.
For once (in the most improbable of blue moon events), they caught a break, because there were no other bidders on the project.  And as their bid was somewhat under the engineer’s estimate, they felt positive of an award.  Both Dick and Joe were in a great mood as they drove away from City Hall, and Dick asked the Joe to pull in at a fast food place by the office, where he stood them both to lunch.

They took their lunch sacks back to work and, Dick, a happy and normally very flamboyant person, strutted up to the white board he kept for such purposes and started listing the various bid categories with a marker.  Then he asked Joe, who had just unwrapped his steaming burger and fries, who the subcontractors were for each category.

“And the guardrails, who did we get a price from on those?”

“And the demolition, who bid the demo to us?” asked Dick.

“Good, good,” said Dick.   “Who is doing the biggest part of the job?  Who is the paving contractor?  Did we get a couple of close bids on that?”

Silence: The quiet rushed in, like a hissing ocean wave.

Facing the board, Dick listened and waited.  Echoes of silence.  He turned to look at his esteemed new estimator, who at that moment, was quietly rewrapping his burger and throwing his fries back into the sack.  Without uttering another word, Joe picked up his soda, walked out the front doors, got in his car and spun out of the parking lot.

In the silence, Dick knew he had his answer.  The paving cost was not included in the estimate.  The estimate was a formally submitted and bonded bid.  He had a new project to manage.  And he needed a new estimator.  But after a few years, even Dick, by now a long time AGC member, was able to laugh a bit about the situation.

Needless to say, the bid team has to be pretty innovative to overcome all the sand-traps referred to above.  With modern technology, an idea like emailing the bid to the runner so they may copy them onto the bid form can work well, as it eliminates the chance of a misunderstood verbal quote.  However, the issue of a broken connection also needs to be overcome.  Backup phones are definitely required.

Getting more review time is usually a tougher nut to crack, but extra eyes over the shoulder of the estimator sometimes helps, if the feeling of micromanagement be avoided.  Some estimators may take this to heart as a vote of no-confidence.  Before implementing these types of practices, the team manager needs to open a dialogue focused on error elimination, by recognizing that honest, blameless errors are commonplace in this world.  Management must also ensure that the estimator’s work environment allows little chance of interruption or distraction on bid day due to work issues not related to the bid.  And management must definitely give backup to their estimators by lending their support and ethical guidance to eliminate issues like bid shopping.
The issue of vendor and subcontractor quote withdrawals may be with the industry a long time.  The best defense for these types of events is preparedness.  The bid team needs to have some idea of what the project costs are for every component in all bid divisions.  An informed mockup of the expected final bid tabulation can be invaluable.  Using that tool, it will still always be a judgment call, but if a subcontractor’s quote appears excessively low, the general contractor’s estimator needs to feel an obligation to warn the sub bidder in question, and at least give them a chance to pull their bid from all prime bidders before bids are submitted.

Construction Estimating -- Good people and innovative minds will always find a place in this interesting and vital position.  It’s a good gig if you can hang in there.  At least that’s what I hear.