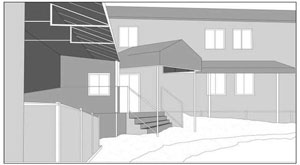 The D.J. Maltese Corporation, a design-build and construction management firm, was asked to look at an existing abandoned building for the possibility of expanding an adjacent daycare center. D.J. Maltese developed the conceptual plan, preliminary cost estimate, and a design-build proposal for the project.

Over the course of the next several months, the Board of Directors of Mary’s Children evaluated and approved the project, signed the agreement, and asked D.J. Maltese to proceed. By the first week of February, design development drawings were completed and the team had begun to complete the working drawings. Permits were applied for the first week of March and were delayed by a requirement for zoning appeal for expanded usage of a daycare center. In April, the Zoning Board approved the project and building permits were issued.

The proposed plan included a small addition to the existing first floor to square off the building and tie it into the existing building, a new pitched roof system, a finished basement with a kitchen and dining area, and a large storage area.

Construction started in April and was scheduled for completion in late June. However, the existing exterior siding was discovered to contain asbestos fibers and testing was required. Removal required remediation of the asbestos materials. Testing and remediation resulted in a two-week delay. In addition, during rough inspections, the City stopped the project and determined that a fire suppression system had to be installed. D. J. Maltese engineered a new system, installed a new 4-inch water line to the building, and installed the new components. This added several months to completion. Through the process, there were also other owner-directed changes and Board-approval delays.

Below is a breakout of the interior costs by percentage of the complete job and by square foot for this particular job. No two jobs are the same, especially when dealing with renovations of commercial buildings, but you can use these costs as a guide when attempting to estimate interior costs for this type of project. 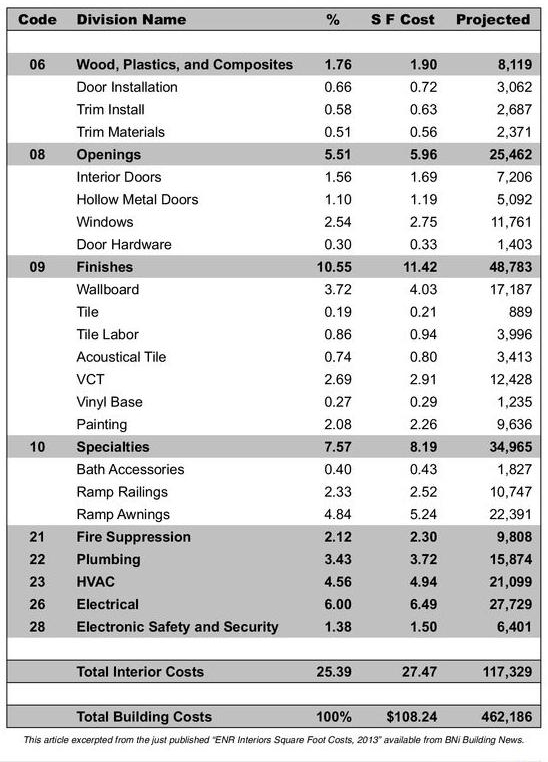