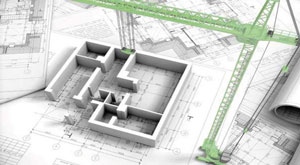 Prudent project owners are increasingly looking for innovative ways to incorporate as much information about on their developments as early in the process as possible.  One reason is that more and more owners today view structures of all sorts in terms of long-term performance. — weight-bearing, wind-shear and seismic performance have been central components of developments for many decades.  Similarly — especially structures in, projects which themselves create goods and earn revenue.

These types of projects are naturally subjected to long-term economic analysis.  For example, a power plant or water treatment facility, for example, is intended to perform in a very obvious sense way over a period of decades.  It is easy to imagine with such a project that, over time, maintenance and operations over time costs will rapidly dwarf the initial costs of land acquisition, design and construction.  But now, even a project such as an office building is increasingly, and wisely, seen in terms of continuing performance cost.  Energy usage and maintenance costs significantly impact budgets long after the initial cost of the structure is paid for.

The rapid expansion of design-build and other innovative contract procurement methods have also fueled business models which harness the free flow of information and common economic incentives to identify and capture value areby incorporating that information into developments when it is most likely to provide rewards—at the beginning.

Building Information Modeling and Life Cycle Cost Analysis.
With many projects, an owner should consider using building information modeling (“BIM”) or similar tools to recognize and reconcile potential conflicts in plans and schedules. BIM is a virtual building, which digitally generates and manages representations of physical characteristics of a structure.  Fully implemented, it is a five dimensional depiction, combining length, width, height, time and cost.

Since all aspects of the model are integrated, a proper BIM model means that changing one aspect will provide information on how other features are also changed, . This reduces surprises and identifies, early in the process, the actual impacts and real costs which ripple through the development fueled byby a single change.  The computer model is shared from designer to builder to owner/operator, and, at each stage of the project, information is added by participants so the owner ends up with a complete and accurate model.

The completed models can also help significantly with maintenance and repairs.  With sufficient computing power, an owner experiencing a strange noise or a leak can look at what components are in the that area of the model, meaning which means that repairs are less exploratory.  All foreseeable maintenance information can be contained in the model, making maintenance less prone to oversight and more susceptible to accurate cost forecasting.

While BIM allows owners to identify actual impacts to changes in design and schedules, life cycle cost analysis (“LCCA”) provides owners with a method for assessing the total cost of their planned structures.  LCCA incorporates encompasses not just land acquisition, design or construction costs, but also energy consumption and maintenance costs over the life of a facility.  This is particularly useful because owners now have many options regarding systems that provide similar basic performance, but have varying purchase prices and operating and maintenance costs.

For example, high-performance HVAC systems and modern insulation techniques can significantly reduce energy consumption over the long run.  More commonplace technologies can provide the same, comfortable climate with lower purchase and/or installation prices, yet require higher energy usage.  Different owners will make different decisions, but an owner should not be quick to make such decisions without understanding the actual long-term value of each choice.  Performing these analyses early in a project’s development is important becausewill forestall changes to a the design later in the project, become muchwhich are more expensive. the later they are made.              .

The Growth Of of Design-Build.
Design-build contracts marry the design obligation with the construction responsibility under a single contract, with the concomitant shifting of the risk of cost overruns for the entire scope.  A recent study showeds that 40% of all non-residential construction projects in 2010 were design-build, which is a 10% increase in only , and this percentage increases every year.five years.

Advantages to this procurement model can be numerous.  It combines responsibility within a single entity, meaning greater accountability but also eliminating claims (directly or indirectly) between design team and builder, who are often eager to point fingers at the other when problems arise.  But it design-build also increases the chance that end-use issues are identified early and resolved at a minimum of costs.

The design-build contractual structure can significantly shorten project time and lower overall costs, as there is less friction between actors —- because all members of the entity have a profit incentive to share what they knowtheir knowledge as early as possible, when savings can be maximized.

As with any design-build approach, owners must be specific up front with mandatory standards which must be met, since under this the design-build model, the owners relinquish control it they would otherwise have in a design-bid-build process.  If needs are not specified, they likely will not be noticed or met, at least not without losing the efficiency that early incorporation of information provides.

While having a single firm perform both design and construction is not restricted on private projects so long as the firm or joint venture is properly licensed, public project owners traditionally were prevented from utilizing design-build and other procurement innovations because of the very legitimate fear of corruption.

The risks of favoritism have been borne out over time.  Without the legal protection of mandatory, competitive low-bid contracting, the risk may become acute that public contracts get awarded to the politically connected instead of the party able to provide the public with the greatest value.

Construction contracts to be built from completed designs are suited well enough for low-bid contract procurement. The review for low bidders on a public project is essentially done on a pass/fail basis, so that the low bid from a qualified contractor (i.e., one who passes and not fails the review) must be awarded the contract as a matter of law.

With design contracts, however, this paradigm provides uneven results because the conceptual manifestation of owner intent is still often an nascent emerging and uncertain thing aspect at the time a designer is contracted.  With the complete scope of work to be done necessarily uncertain at the start of a development, the owner does not necessarily shift the risk of cost overruns to a low bidder.  It is possible, of course, to have bidders propose completed designs, but the capital investment needed to create a complete or near-complete design is substantial.  Asking design firms to finance such extensive work without a contractual right to payment is not the best way to foster a vigorous, competitive bidding environment.  Design-build procurement cannot use strictly low low-price bidding methods because the award must be made before design is complete in order to benefit from desired time and cost savings, which are two of the prime factors making design-build an attractive alternative in the first place.

In 1972, the federal government adopted the Brooks Act, which requires virtually all federal design contracts to be awarded on a structured, qualifications-based approach.  The move towards this method for awarding design contracts is now ubiquitous, though each jurisdiction often has variations on the actual structuremakeup by which the designer providing the best value is determined.

Public entities entering into design-build contracts were rare only a few decades ago, precisely because mandatory low-bid statutes are inflexible, and the “build” part of “design-build” did not escape them.  This has been rapidly changing in the last twenty years as statutes throughout the country have been modified to allow public design-build contracts to be procured in a qualifications-based or modified qualifications-based manner.

Every state, along with U.S. territories, now allows design-build project delivery in some form or another.  Some states impose severe conditions while others allow it with few conditions for any public project.  Most states restrict design-build project delivery to certain agencies or subdivisions (e.g., allowable for transportation projects but not county water projects, or vice versa), and some states restrict its use to only to projects above a certain dollar value.  Many states are expanding the use of design-build through special, limited pilot programs.  States and their political subdivisions define how a design-build contract may be awarded, utilizing best value, multiple-phase proposal processes, and other qualifications- based procurement safeguards designed to thwart the threat of corruption.

Design-Build-Operate-Maintain as a Contracting Model and a Lesson.
Some owners are pushing the design-build project delivery framework even further.  For projects which are productive in the traditionally traditionally-understood sense (e.g., a water treatment plant), owners are now occasionally turning to design-build-operate-maintain (“DBOM”) project delivery.  Various public owners around the country are now able to take advantage of this opportunity under pilot programs approved by legislatures.  If these pilot programs are successful, statutory authority for public entities to enter into these innovative agreements will only expand in the future..

Under the DBOM structure, the owner contracts with the same entity not only to provide design and construction, but also long long-term maintenance and operation of the facility.  These contractual structures may be particularly attractive for public entities with significant access to capital but without enough in-house human resources (or the desire to acquire those resources for the long term) to expand operations involving technologically technologically-advanced, industrial applications.

This type of arrangement, where a contract can include 20 years or more of plant maintenance and operation, necessarily brings life life-cycle costing to the fore.  By shifting the risk of cost overruns to the contracting party, attributes of design-build are present—such as bringing in present and future actors under one contract to incentivize the robust sharing of information for mutual prosperity—but even more so— because it challenges the contracting party to methodically forecast potential operating margins in years 19 and 20, then utilize that information to make early decisions concerning design, construction and maintenance.  Under these circumstances, penny-wise-pound-foolish decisions can be discarded with confidence.  As with typical design-build, an the owners considering utilizing such a long-term approach would need to educate itself themselves about what it exactly they expects from the project, only more so, in order that it canfor them to intelligently compare and contrast multiple DBOM proposals.

The same reasons apply to contracting party parties who assumeall risk under DBOM. They would need to soberly and inquisitively explore all potential design, and construction, and long-term operating, and maintenance costs , and revenues. These same principles apply, in some degree, to all owners—including those with no plans to shift the risk of life cycle cost overruns to others.

For owners who place themselves in the traditional position of seeking a designer, then approving the design, seeking a contractor, then approving the construction, and even seeking an operations firm for a concessions contract, then periodically reviews reviewing performance, have all the same incentives to plan sufficiently at the beginning of the development process. The earliest decisions can fully reckon with long -term probabilities and contingencies.  New technological tools, emerging expertise and contracting innovations have made achieving these goals more affordable than ever before.

The Construction and Public Contracts Department of Gibbs, Giden, Locher, Turner & Senet LLP provides legal guidance and counseling to clients at every stage of a construction project. GGLTS has extensive experience in virtually every type of construction project, including airports, power plants, hospitals, major sports venues, office buildings, correctional facilities, retail locations, major residential projects, universities, courthouses, petrochemical plants, dams, pipelines, and wastewater and water treatment facilities. We have represented public and private owners, design professionals, general contractors, subcontractors, and material suppliers with respect to almost every conceivable circumstance that can arise before, during, and after completion of a construction project. Find us on the web at www.gglts.com