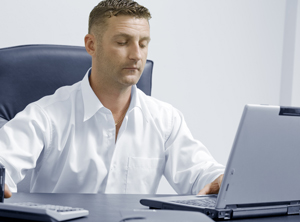 How to Choose the Best Accounting Method for a Construction Business

Your choice of accounting method depends on:

Most construction businesses use two different tax accounting methods: one for their long-term contracts, and one overall method for everything else. A long-term contract is any contract that is not completed in the same year it's started.

1. The Cash Method of Accounting

There are significant limitations on who can and cannot use the cash method of accounting.

How Does the Cash Method of Accounting Work?

A contractor using the cash method of accounting reports cash receipts as income when received, and deducts expenses when paid. If you pay an expense that benefits you for more than one tax year, you must spread the cost over the period you receive the benefit.

Using the cash method, income may be actually or constructively received. If you received a check from a customer in Year 1 but did not deposit or cash it until Year 2, it is still included in income in Year 1 because that's the year you actually received it.

Constructive receipt occurs when you have unrestricted access to income you have earned.

The key to constructive receipt is IF you could have received the money in one year but chose not to receive it until a later year; if this is the case, it must be included in your income in the first year as if it had been actually received in that year. You cannot postpone including it in your income until the next year.

What are the Limitations on the Use of the Cash Method?

There are two situations in which your use of the cash method of accounting can be limited.

So, what do the terms "merchandise" and "substantial" mean?

Merchandise includes any item physically incorporated in a product you transfer to your customers. In the construction industry, merchandise is commonly called materials. For example, the lumber used to frame a building is merchandise for tax purposes.

Merchandise is generally considered to be substantial when it is at least 10% - 15% of your gross income for the year. This percentage is not a hard and fast rule, but a guideline used in some court cases.

If you can't use the cash method, you must choose an accrual method of accounting. In the construction industry, there are several specialized accrual methods available, each of which has its own set of rules and limitations. In general, all accrual methods attempt to match the expenses that relate to a specific contract to the income from that contract.

Step One - Classify all Construction Contracts as either Short-Term or Long-Term.

Step Three - Classify Yourself as Either a Small or Large Contractor

This is a two-part step. The first part is to measure your average annual gross receipts for the last three tax years of your construction business. If the amount is $10 million or less, you are a small contractor. If it is more than $10 million, you are a large contractor and do not have to consider the second part of this step. Large contractors are required to account for long-term contracts using the percentage-of-completion method (PCM) for their general construction contracts. Under PCM, contract income is reported annually according to the percentage of the contract completed in that year. For example, if a contract is 50% complete at the end of the taxable year, 50% of the contract income would be included in taxable income.

If you are a small contractor, the second part of this step requires that you separate your long-term general construction contracts into two categories. The first category is those contracts that are reasonably likely to be completed within two years from the date work begins.

The second category is long-term general construction contracts that you estimate will take two years or more to complete. For these longer-duration contracts, you must use a large contractor method, even though you are a small contractor.

Example: Carl's Construction had average annual gross receipts for the last three tax years of less than $10 million. In 2000, Carl had 20 contracts.

Example: Use the same facts as the last example, except assume Carl's Construction had average annual gross receipts of $12 million for the last three tax years. Since his average annual gross receipts for the last three years were over $10 million, Carl is required to use the large contractor rules for all of his contracts. The estimated completion time of the contracts does not matter.

This article courtesy of the Internal Revenue Service whichcan be found on the web at http://www.irs.gov