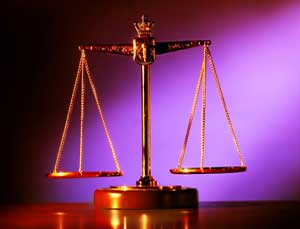 You’ll see the words “defend, indemnify and hold harmless” in many construction contracts. That’s an indemnity clause – and it can be toxic for contractors. I’ll explain.

Nearly all states have said “no.” Most states void what is called broad form indemnity agreements: anything in a contract which would require a contractor to cover a loss caused 100% by the owner or designer. That makes perfect sense. Responsibility for a loss should rest with the party best able to control the loss.

Here’s a state-by-state rundown of the type of indemnity agreements allowed in each state.

Intermediate form – A contractor can be required to indemnify the owner or designer for any loss caused either in whole or in part by either the contractor or a subcontractor: AK, AR, GA, HI, ID, IN, LA, MA, MD, MI, NJ, SC, SD, TN, VA, WV.

How to Protect Yourself
The best option is to keep indemnity out of your contracts. Without an indemnity clause in your contract, you’re liable only for your own mistakes. If the owner insists on an indemnity contract, okay. But add some extra protection. All of the following make perfect sense – at least to contractors:
• Exclude indemnification for design errors. Those are clearly not your problem.
• Cap indemnity at your insurance policy limits. Without this cap, you could be liable for any amount, even if not covered by insurance.
• Limit your liability as an employer to coverage under workers compensation law. Workers comp insurance insulates you from suit by an employee injured on the job; but nothing prevents an injured employee from suing the property owner. If your contract requires indemnity for the owner’s losses, you could once again be liable for injury to your employee.
• Add the owner as an additional insured on your liability policy. This is restricted in some states, but it’s a good way to avoid indemnity claims by an owner.
• Require indemnity by your subs. If the owner makes you responsible for every loss, okay. Two can play that game. Put a similar indemnity clause in your subcontracts. That makes subs liable for your losses, regardless of the cause. Obviously, this makes no sense. But it’s common on large industrial and commercial jobs – where allowed by state law.

Be aware: I’ve painted with a broad brush. Most states have exceptions and exclusions. There’s plenty more to know.

Disclaimer: Nothing in this article should be interpreted as a substitute for professional advice from an attorney practicing in your community. Only local counsel can appreciate the business and legal environment under which a construction contract is drafted, negotiated and executed.