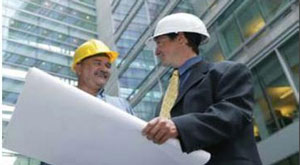 Losing Your Shirt under Perfect Control

I once heard the Critical Path Method (CPM) defined as a management technique for losing your shirt under perfect control! Not so funny if you have ever been at the management end of a tight timeline, in an old facility, around ongoing operations with the concrete truck on its way and the formwork delayed because the backhoe is out of fuel. Welcome to the world of construction: stuff happens! With construction, nothing is ever really under “perfect control,” but with the right systems in place you can get fairly close.

The Metrics: Just the knowing that a project is out of control is crucial to keeping a project under control. Put another way: isn’t it good to know you are going bankrupt as you are going bankrupt, or even before? At least then you can make some adjustments to avoid the disaster. The secret is in knowing first and reacting second. Projects that spiral towards failure are those that can’t break out of reacting because the “knowing” is incorrect or it does not exist.

Knowing what? Knowing where the key project metrics such as time, costs, resources, and cash flow are relative to a datum (the project plan). Good project managers will always know where these project metrics are because they are indicative of the currenthealth of the project. In a project management cycle, the metrics are Planned, Implemented, Measured (actual vs. budgeted) and then reacted to, correcting for deviations by making changes to the original plan. This is the project control cycle, and it is continuous as a project unfolds. It is inevitable with all the things going on in construction; stuff just happens and plans must change. The project control cycle will show the deviations to the plan, which will help in making corrections as long as the original project plan was accurate. Comparing project “actuals” to a false plan will lead to poor corrections that can quickly spiral the project even more out of control. A poor plan for time, costs, resources and cash flow is sometimes worse than no plan. Good planning matters.

Failing to Plan is Planning to Fail: Imagine a trip from Seattle to San Diego using a road map to Dallas, Texas. As you travel south, the road signs point you in a direction that does not match the map, causing great consternation to the driver. Hasty plans make for troubling travel. Failing to plan a project correctly is like setting your project up to fail.

We have all been at that place where the physical project must start because time is tight (it always is) and there is no time to waste. Myself, I would much rather “lose” a few weeks in the project planning phaseand regain that time many times over as the project unfolds. All good projects are built several times before they are finally physically built. And that’s an absolute. Poorly planned projects are often found spiraling downward into a reactive mode -- which will just add to the lost time, increased costs, inefficient implementation of resources and negative cash flow.

Cost Control: In the project control loop, the project’s actual costs are measured against budgeted costs. This measurement will show the deviations in planned vs. budgeted, which is key to controlling a project’s cost. With a well-thought-out cost plan (the budget), the deviations will be manageable and you will be able to make adjustments to minimize the impact on the final cost.

If a project budget does not exist or is poorly conceived, controlling costs is difficult (someone please explain this to the executive branch of our federal government). At the heart of, and crucial to controlling costs, is an accurate cost estimate which translates into a cost budget. So you can see how important a cost estimate is to cost control. The four phases of cost estimating and, in turn, accurately budgeting a project’s cost are:

Scoping Phase: The best approach to scoping a project is to think through building the project from the ground up. Think like a contractor and include the scope of means and methods for executing the work, as well as the scope issues relative to the context (location, weather, traffic, safety measures, economic conditions, availability of resources…) of the project’slocation.

Construction scope is much more than what is spelled out in plans and specifications. Anticipating context and execution scope are oftentimes overlooked in budget estimating. The best estimators that I have ever worked with are those whocome from the field;they know scope from the ground up. A prerequisite to construction estimating and budgeting should be working at a trade to learn the field end of construction. This is critical to capturing correct scope. Scope is the foundation ofevery other phase of construction estimating. If scope is wrong, a project budget is wrong.

Quantify Phase: Quantity take-off is the converting of all tasks of scope into quantities for pricing purposes. Mistakes in quantities can be significant. Common errors are generally with math or converting units from one measure to another. If the scope is well thought out, then quantities will follow. Quantities should always be checked and double checked.

Pricing Phase: Pricing is the application of accurate unit costs to the project task quantities. Common mistakes are applying unit costs where the units are different from the quantity take-off (i.e. Cubic Yards vs. Cubic feet). Note also that a project’s overall cost goes well beyond just the direct costing of direct activities. A project cost should also include indirect costs, such as site-specific overhead (which is indirectly attributable to all the project direct costs, and can be 5% to 15% of project cost), home office overhead, profit, bonds, sales taxes and even certain contingencies.

Double Check Phase: All good cost estimates are checked and double checked prior to establishment as the project budget or project bid price. An estimate double check is always most effective by putting the project down for a day and returning with a fresh mindset.
Keeping Your Shirt Under Perfect Control: At the foundation of project cost control is an accurate cost estimate. In actuality, the foundation ofany of the project metrics of time, costs, resources, and cash flow is also an accurate estimate. Time schedules, resource schedules and cash flow plans all come from a well-thought-out cost estimate, building a project before a project is built, and having a complete and accurate plan for a project. This is the secret to keeping your shirt under perfect control!

Rory Woolsey, CPE has worked in Management and Engineering for the construction industry for 33 years, starting as a construction laborer in Billings, Montana, in 1972.

He has since held positions as a field engineer, project manager, MIS manager, testing laboratory manager, estimator, senior editor, designer, structural engineer, and general contractor.  He is currently the President of The Wool-Zee Company, Inc., construction consultants. Rory is currently an Accounts Manager for the Gordian Group, the parent company to RS Means.

Mr. Woolsey has also held positions with some of the leaders in the construction industry, such as Bechtel, H.J. Kaiser Constructors, and the R.S. Means Company, and has worked on projects ranging from heavy, military, industrial, commercial and residential.

He has given over 7,000 classroom hours of instruction nationally to architects, engineers, contractors, and facility managers on topics of project management, CPM scheduling, construction estimating, facility maintenance, partnering, and leadership. Rory is a Certified Estimating Professional (CEP) through AACE International.

This article was taken from a post on his blog by permission:
woolseyestimating.blogspot.com