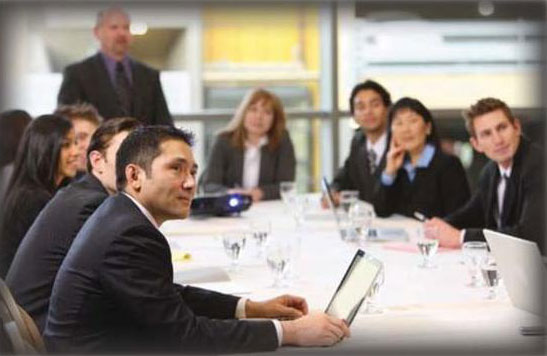 New Rules from the DOL Regarding Discrimination, Fraud and Non-Compliance Regulations

Here are new rules for contractors from the DOL regarding discrimination, fraud and Non-Compliance Regulations

1. The Department of Labor (DOL) recently issued a Final Rule implementing Executive Order 11478, and prohibiting all federal contractors from discriminating on the basis of sexual orientation and/or gender identity.

This Final Rule became effective on April 8, 2015, meaning that any federal contract entered into or modified after that date must comply with the terms of the rule. Specifically, under both Executive Order 13672 and the Final Rule, federal contracting agencies must include sexual orientation and gender identity as prohibited bases of discrimination under the Equal Opportunity Clause incorporated into their contracts.

Contractors have two options: They may simply use the phrase “equal opportunity employer” or, alternatively, may state that they do not discriminate on any of the protected bases under Executive Order 11246, and list the bases on which discrimination is prohibited, including sexual orientation and gender identity. Contractors will also be required to display an updated “EEO is the Law” poster reflecting the new protected bases once that poster is finalized by the Equal Employment Opportunity Commission (EEOC) and the Office of Federal Compliance Programs (OFCCP). Contractors are not required to engage in outreach activities or update their Affirmative Action Plans, policy statements or handbooks.

The DOL’s Final Rule is consistent with an increased nationwide focus on preventing LGBTQ discrimination and improving LGBTQ civil rights laws. Many state and local agencies have already enacted, or are in the process of enacting, anti-discrimination laws.

Takeaways for Contractors:
• Be familiar with all national laws relating to LGBTQ discrimination, as well as all state and local laws or ordinances, for every locality in which you do business. Oftentimes, local laws are more specific and prohibit a wider range of conduct.
• Know the types of conduct prohibited by these laws and the specific steps you need to take to ensure prevention. For example, are you required to change your company’s affirmative action plan, conduct sensitivity training or set up a particular complaint process relating to incidences of discrimination?
• Determine whether the applicable laws require changes to the contents of your contracts. For example, does a law require you to include a certain clause, or revise the contents of that clause, as does the DOL rule, explained above, does?

2) Changes to Case Law Affecting Inter-Affiliate Sales Exception
If you are a small business contractor, you know that affiliation is generally something you want to avoid. This is because a finding of affiliation can increase a company’s size, thereby eliminating its small business eligibility. To avoid a finding of affiliation, many businesses rely on the exceptions to affiliation set forth in the Small Business Administration (SBA) affiliation regulation, 13 C.F.R. 121.103. However, a recent case our firm had before the SBA Office of Hearings and Appeals (OHA) makes it clear that at least one of those exceptions – namely, the “inter-affiliate transactions” exception – is extremely narrow.

That exception is codified at 13 C.F.R. § 121.104(a) and explains that when two companies are deemed affiliated, their collective receipts should be counted for purposes of making a size determination. However, the regulation states that total receipts do not include “proceeds from transactions between a concern and its domestic or foreign affiliates.” Based on a reading of the regulation, it seems that inter-affiliate transactions are excluded from a calculation of receipts for size purposes. As a result of this reading, our client appealed an SBA determination to the OHA, arguing that the SBA erred by calculating our client’s receipts by including transactions between itself and its affiliates. However, OHA took a different position, and ruled that the inter-affiliate transaction exclusion applies “only if the concerns in question have a parent-subsidiary relationship and are eligible to file a consolidated tax return.”

Takeaways for Contractors:
• Be aware that frequent transactions with affiliates are not excluded from the calculation of receipts, and thus could push you over your size standard threshold and destroy your small business eligibility.
• Many contractors will need to review the way in which they structure transactions in order to avoid affiliation.

3) Increased Importance of Federal and State False Claims Acts
The past five years has seen an enormous uptick in Federal False Claims Act (FCA) actions. The federal government, in particular, has made FCA enforcement a real priority. It’s not surprising then that 2014 set new FCA enforcement records, with even higher recovery totals. In fact, the Department of Justice (DOJ) obtained a record $5.69 billion in FCA recoveries in 2014. It was the first year in which recoveries under the FCA exceeded $5 billion. With this enormous addition, recoveries from January 2009 through the end of the fiscal year 2014 now total approximately $22.75 billion.

New York, California, Florida and Vermont are among numerous states whose legislators worked to create, update or strengthen their respective false claims acts over the past few years.

All of this demonstrates just how focused governments have become on their FCAs and how much FCA enforcement has expanded. This trend seems likely to continue throughout 2015 and 2016:
1. Federal appeals courts have expanded FCA liability and drastically extended the applicable statute of limitations for FCA actions and penalties.

3. The DOJ promises to place a renewed emphasis on nonmonetary methods of curbing fraud.

4. The Supreme Court is expected to rule in two cases that could greatly impact and theoretically further expand federal FCA enforcement.

Takeaways for Contractors:
• Stay vigilant to avoid any potential FCA liability and keep abreast of the various ways in which the federal FCA and its state and local counterparts are evolving.
• Be prepared and informed: An experienced legal professional trained in government contracting law can assist in interpreting the laws of your locality and identifying any potential areas of liability.

4) Suspensions and Debarments on the Rise
On March 31, 2015, the Interagency Suspension and Debarment Committee (ISDC) issued a report to Congress, which detailed federal suspensions and debarment actions in 2014. According to the report, the number of suspensions climbed from 889 to 1,009, while proposed debarments increased from 2,229 to 2,241 and actual debarments rose from 1696 to 1929. In short, the report demonstrated an upward tick of nearly 14% in suspension and debarment proceedings.
It’s no coincidence that the increase in these exclusion actions coincides with the escalation in FCA enforcement actions as discussed above. Increased scrutiny on wage, hour and labor violations could also be a factor. In the report, the ISDC emphasizes that it plans to further strengthen suspension and debarment programs. So it would seem that the future will bring more aggressive enforcement and even more exclusion actions by federal agencies.

It follows, then, that most state agencies (and even some smaller localities) have their own suspension and debarment programs, each of which operates to root out contractors engaging in misconduct and eliminate them from doing business with government entities.

Takeaways for Contractors:
• Given this increased focus on suspension and debarment, contractors should take extra steps to ensure that they are compliant with every applicable regulation.
• The best defense is a vigorous business ethics and compliance program. A good ethics training program can help educate employees and make sure issues are resolved before they cause a compliance problem. Moreover, the existence of such a program is often a line of defense against certain types of fraud, compliance or exclusion actions.
• Compliance concerns are business-specific and, thus, ethics programs should be tailored to each individual contractor. If you have questions about what type of program is right for you, consult a legal professional.
This article courtesy of Legal Landscape, a series designed to provide government contractors with a quick, but thorough, summary of important legal developments and regulations in government contracting, as well as a plain-English explanation of how those developments may affect contractors at all levels of government. In this issue, we discuss recent compliance and enforcement trends in federal, as well as state and local government contracting. State and local contractors should keep in mind that state and local agencies often look to changes in federal regulations as a guideline; changes recently made in the federal arena are likely to trickle down to state and local governments soon.

About the Authors:
Maria Panichelli is an Associate in Cohen Seglias Pallas Greenhall & Furman's Federal Construction Group. As a member of the Federal Group, Maria represents a national client base of prime and sub-contractors, with a focus on federal construction contracting, and small business procurement issues
Edward DeLisle is a Partner in the Construction and Federal Contracting Groups of Cohen Seglias Pallas Greenhall & Furman PC. Ed concentrates his practice in the areas of construction law, construction litigation and small business procurement and litigation.
This article was originally published in the Onvia blog—for more than 14 years specializing in providing the state, local and education (SLED) market insights that government contractors and suppliers in all industries need to win. Read Onvia's blog, white papers and business resource articles to gain the inside track on how to better win business in the government market. The Onvia blog can be reached at http://www.onvia.com/blog