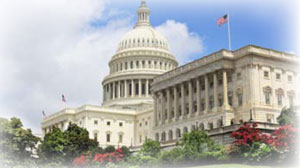 The Obama administration will continue stepping up its enforcement of the Davis-Bacon Act if it has the financial wherewithal to do so, Littler Mendelson P.C.’s Van Allyn Goodwin predicted during “Understanding the Davis-Bacon Act and Prevailing Wage Law on Government Contracts,” a 90-minute webinar that WPL Publishing and L2 Federal Resources recently sponsored.

Goodwin noted that the number of investigations into suspected Davis-Bacon violations rose from 356 in 2008 to 1,357 in 2012. “So, they have certainly stepped it up. The numbers have increased and will continue to increase as long as they have the dollars.”

Before the tail end of Obama’s first term in office, “investigations generally were initiated by contracting officers or by complaints that were made to the U.S. Department of Labor [DOL],” Goodwin explained. Since then, investigations “can and often will be self-initiated” by DOL. Almost two-thirds of the complaints that DOL investigated in 2012 - 951 of them - were self-initiated by the department.

There were fewer investigations last year, in part because of the temporary federal shutdown. Nonetheless, the administration completed approximately 900 investigations in 2013.
In addition to increasing its investigative activity under Davis-Bacon, the administration has taken a “very hard position” regarding debarment, Goodwin reported. “I’ve been doing this for almost 35 years, and for probably the first 30 years of my experience, debarment was a rarity other than for contractors who just sort of were willfully non-compliant and repeatedly violated the law. That is no longer the test. First-time offenders sometimes can be assessed and debarred under the Obama administration’s view of the law. And in particular, with regard to the receipt of federal funds under ARRA [the American Recovery and Reinvestment Act], they take a very strong position about debarment and recommending debarment in almost every case involving ARRA funds.”

Goodwin told webinar attendees that the number of debarments has risen “significantly and precipitously over the course of the last few years. There were 52 debarments in 2011 [and] 191 in 2012. So, there was almost a four-fold increase in one year. There probably weren’t 191 debarments in the entire period of time from 2000 to 2010. So, we’re seeing a lot more debarments, and we’ve already had 10 debarments this year, and we’re only in the second month of the year. So, we’re on pace to probably see another 200 debarments this year.”

In the ConstructionPro Network version of this article, Goodwin explains DOL’s investigation process and the penalties that can result from noncompliance.
To purchase a recording of the webinar, visit http://constructionpronet.com/Products/2014Goodwin.aspx.