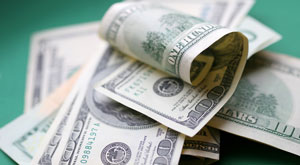 We’ve all been there: gauging future revenues based on gut instinct instead of true metrics. We look to our proposal volume to help forecast where our companies will be in six months, but we know this simply cannot provide an adequate picture of the future. Successful revenue forecasting looks at multiple aspects of our impending work volume in order to develop a truly accurate picture of the future – one in which we can have some confidence and on which we can base our decisions.

Lead Reporting
Lead reporting is often referred to as a “soft” report because, unlike the other reports we will discuss, the projects identified in the report have not yet solidified into a fee or qualification-based proposal. Lead reporting simply looks at major opportunities that are being specifically targeted.

The size and volume of projects you should include in the report will depend on how you currently manage your leads. If you use a robust client relationship management system, you probably will track even the smallest of leads; if you are using an Excel spreadsheet, you might include only major opportunities.

A lead report should provide a general order of magnitude of predicted revenue for each lead, a realistic percentage chance that you will win the work, and an approximate start date.

Proposal Pipeline
Pipeline reporting begins when a very specific action is taken in pursuit of a new opportunity. Fee proposals, qualifications-based proposals, or a combination of both are the triggering mechanism that adds a project pursuit to the proposal pipeline. This is a unique phase in that projects may enter as qualifications- or fee-based proposals, but they will not leave this stage until they become fee proposals. As such, information often is broken into the following two separate reports that function together.

1. RFP Pipeline Report: Identifies potential revenue from responses to formal Requests for Proposals (RFPs). Oftentimes, this report will show predominately public-sector pursuits. The report typically includes a list and summary of all of the outstanding RFPs, anticipated revenue if awarded, the current stage (submitted, shortlisted, etc.), and probability of award, based on stage.

2. Fee Proposal Pipeline Report: Identifies potential revenue from fee proposals that already have been submitted to clients, inclusive of RFP pursuits that have been selected and are working through the fee negotiation process. The report should contain a list and summary of all outstanding fee proposals, the amount of the fee proposal, the percentage chance of award, and an anticipated award date. There will be many variations to this report that may be specific to your firm and circumstances. For example, architectural firms often will include columns to show what revenue they anticipate capturing and the revenue that is simply flow-through revenue to sub-consultants.

I have often found that the “probability of award” identified on these reports can vary wildly based on whether the person entering the information is optimistic or pessimistic. An easy way to manage this issue is to measure the report for accuracy by looking at the standard deviation of actual award hit rates compared to that which has been identified for everyone entering the data. Just sharing this data with your group often solves the problem, as individuals become aware of their own predisposition toward win rates.

New Business Report
The new business report identifies the value of newly-signed contracts in the period that they occur. Typically, this report is run weekly and shows the signed contracts for the month, tracking toward an overall monthly goal that annualizes to the company’s total revenue goal for the year. For example, if your firm’s revenue goal is $12 million per year, then every month you need $1 million in new signed contracts. If, after the second week of the month, you have added only $350K in new projects, then you know you are behind your revenue goals. I have found that one low month is often offset by an equal increase the following month, but if you have three consecutive months below target, it is fairly easy to forecast a revenue decline in the near future. The inverse would also hold true.

Backlog Report
Backlog reporting identifies how much revenue is under contract but not yet billed. The amount under contract is divided by the monthly burn rate (the pace at which the money is being billed out) to ensure the backlog is keeping up with costs. While this report can be run a number of ways, I have found an easy way to eliminate projects that have been placed on hold or are otherwise dormant is to only include projects that have been billed against or opened in the past three months. Unlike the other reports, this report does not identify specific projects, but, rather, provides a percentage increase or decrease in revenue under contract not yet billed and divided by the burn rate.

Eliminating the Guesswork
Looking at these four reports together will enable you to gain a clear picture of the growth you can anticipate in the months ahead. You will also have the data to make important business decisions related to hiring, upcoming space requirements, and strategic investments of time and resources.

While all these reports should be run at the company level, I recommend running them at the group and/or division levels, as well. This allows you to see issues in separate groups before they are realized and allows for the seamless transition of personnel from one group or division to another prior to the point at which profits are impacted.

While there is no one-size-fits-all approach to revenue forecasting, I hope that this framework will help take the guesswork out of your projections.


About the Author
Tim Klabunde is a Fellow of Johns Hopkins University and the director of marketing for Timmons Group (http://www.timmons.com), an ENR Top 500 design firm based in Richmond, VA. He is the author of “Network Like an Introvert”. Klabunde can be reached at tim.klabunde@timmons.com.

This article originally appeared in the February 2014 edition of SMPS Marketer.


About the Society for Marketing Professional Services
The Society for Marketing Professional Services (www.smps.org) is the only marketing association dedicated to the A/E/C industry. SMPS represents 6,000 marketing and business development professionals working in architectural, engineering, planning, interior design, construction, and specialty consulting firms located throughout the United States and Canada. SMPS and its 55+ chapters benefit from the support of 3,700 design and building firms, encompassing 80% of the Engineering News–Record Top 500 Design Firms and Top 400 Contractors.