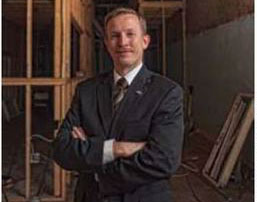 In my nearly two decades of fire service experience in Phoenix, Arizona, I have witnessed firsthand how fire sprinklers are guardians of life and property. As vice-mayor of the neighboring community of Mesa, I have also found that sprinklers can be a strategic tool to spur job growth and economic opportunity.

The City of Mesa, Arizona recognizes the mutual benefit sprinklers can have for businesses, residents, and the city, but many in the community do not. Arizona politics have been adversarial to fire-sprinkler mandates. A residential sprinkler ordinance was adopted by Mesa’s city council in 1999 but was overturned by voters the following year in a referendum funded by homebuilders. An Arizona law enacted in 2011 prohibits cities from requiring home fire sprinklers. Business owners have been reluctant to retrofit their properties due to cost concerns, even though sprinklers offer opportunities for growth by providing greater occupancy capacities for their buildings.

In this environment, the City of Mesa has taken an innovative approach to sprinkler advocacy, using federal grants to install home fire sprinklers in low- and moderate-income homes. It also created a city-run grant program to retrofit sprinklers in historic downtown businesses. I’m not aware of any other community that has taken this approach, but it has also become clear to me that sprinkler advocates around the country need to explore increasingly creative ways to integrate fire sprinklers into their communities. Mesa’s sprinkler initiatives provide a unique case study on how the fire service can apply federal grant dollars to improve public safety while achieving the broad national objectives of these grant programs: to eliminate blight and meet community development needs.

The U.S. Department of Housing and Urban Development created the Neighborhood Stabilization Program (NSP) to help mitigate the impact of the housing foreclosure crisis. Mesa, with a population of about 447,000, is part of the Greater Phoenix area, and some of our neighborhoods were devastated by some of the highest rates of foreclosure in Arizona, which, as a state, had some of the highest rates in the entire country.
Mesa received more than $9.6 million to operate the original NSP program in the 85204 zip code. That target area is within the city’s low-to-moderate-income census tracts and was chosen due to the high number of foreclosures, code violations, and crime problems. The area also has among the highest incidence of fire in the city.

Mesa uses NSP funding to purchase and rehabilitate single-family homes and multifamily rental properties to stabilize neighborhoods affected by high vacancies. Once rehabilitated, the homes are sold to eligible buyers. The city’s affordable rents policy requires that no less than 25 percent of the rental units be leased to very-low-income persons at affordable rates.

NSP funding provided a perfect venue to tout the benefits and affordability of home fire sprinklers, and one house rehabilitated by the city illustrated this particularly well.

On April 7, 2007, a propane grill on the back patio ignited a fire that gutted Yvonne Molina’s home. Her fire insurance had lapsed and she could not afford to rebuild. The house sat boarded up and vacant for more than two and a half years, a blight on the neighborhood. The property qualified for NSP because it was vacant and the homeowner met other financial requirements of the program. Mesa acquired a 25 percent interest in the house and rebuilt it from scratch, with the inclusion of home fire sprinklers.

Since 2009, the NSP program has allowed Mesa to install fire sprinklers in 29 single-family and 29 multifamily homes – many with histories similar to Yvonne’s home. That work has provided not only a safer living environment for residents, but also much-needed jobs in the construction industry. The homebuilding industry was one of the hardest-hit business sectors in Arizona during the Great Recession. The state lost 131,000 construction jobs in 2009 alone. During that year, though, contractors reported that 95 jobs were saved or created thanks to NSP fire-sprinkler retrofits.

Cooperation between the city and state agencies has helped facilitate the installation of these fire sprinklers. Three of the homes that received fire-sprinkler retrofits were being restored to their historical character following the guidelines of the Arizona State Historic Preservation Office (SHPO). Nearly half of the projects were considered culturally or architecturally significant to the development of Mesa. The city and SHPO entered into a programmatic agreement that created a streamlined historical review process, which creates a quick turnaround in approval of NSP-funded activities, including fire-sprinkler installations. SHPO has used this process as a model for other cities on how to manage an NSP program.
Mesa has been awarded an additional $4 million in the third round of NSP grants, known as NSP-3. This will allow us to retrofit more homes with fire sprinklers. NSP-3 will expand to four zip codes based on low-to-moderate-income demographics, thereby benefiting more neighborhoods.

Decades of suburban growth trends have resulted in high vacancies and underused commercial space along Main Street. While these buildings are well-situated and structurally sound, most lack the fire-and life-safety features necessary to accommodate particular retail and entertainment occupancies. An inventory of downtown buildings revealed that only 11 of 49 structures on Main Street contained fire sprinklers. This makes it difficult for businesses to obtain occupancy permits for more than 49 people, which is the maximum allowed by the city’s fire code for un-sprinklered spaces. Although each building has its own unique challenges, the costs associated with installing fire sprinklers have been identified as a common obstacle to redevelopment.

Downtown Mesa is located within the CDBG target area, so Mesa seeded its SCAP program with $100,000 from its federal block grant allocation. The program is coordinated through the Office of Economic Development in cooperation with the Mesa Fire Department.

To be eligible, applicants must be located in the downtown Pedestrian Overlay Area, with preference given to businesses along Main Street. SCAP provides matching grants of up to 50 percent of the actual costs of installing fire sprinklers, to a maximum reimbursement of $20,000 per project.

We have learned that complying with federal grant requirements can be onerous, especially for small businesses, so city staff works closely with applicants to provide guidance. A HUD consultant was brought in to develop a streamlined agreement to serve as a template for all future projects.

Infrastructure improvements have been made to support this effort. The city’s engineering department determined that the existing 8-inch (20-centimeter) water main was able to serve current potable demands, but the 30-year-old main was undersized and too brittle to allow for fire sprinkler connections at every downtown location. As a result, Mesa installed a new 12-inch (30-centimeter) ductile iron pipe to meet water supply needs. We also used $133,350 from utility revenue bonds to provide a 6-inch (15-centimeter) fire line stub – off the new main to within 5 feet (1.5 meters) of each building, making it easier and less expensive for businesses to connect to the water system.

The first two SCAP projects are large public assembly venues in the heart of historic downtown Mesa. A business called “12 West Main,” is a 7,200-square-foot (669-square-meter) event center built in the 1940s. The preliminary estimate for the fire-sprinkler retrofit is $22,520. Once completed, the owner’s ability to grow the business is expected to result in the creation of three full-time and nine part-time jobs.

Similarly, the owners of Tre Bella, a wedding hall at 121 West Main Street, are seeking to expand into 123 West Main Street to add a full-service restaurant. Built in 1924, 123 West Main St. is a two-story, 8,032-square-foot (746-square-meter) structure that is currently vacant. In order to receive an occupancy permit, Tre Bella will install a fire-sprinkler system that will cover the entire leased area. The cost is estimated at $21,800. The owners say the project will result in the retention of two full-time and three part-time jobs, as well as the creation of 12 to 15 additional hourly positions. The food servers are expected to earn between $10 and $15 per hour, and the pay for salaried employees will range from $30,000 to $60,000.

While the number of homes sprinklered through NSP is small in comparison to the total number in the city, I feel that public officials should set a good example by making the right choice and installing home fire sprinklers in all city-funded housing rehabilitation projects.

Our SCAP program is breaking some non-traditional ground, considering that the purpose of Community Development Block Grants is to provide “decent housing” and “expand economic opportunities” for low-to-moderate-income people. Those federal funds have historically not been used specifically for fire-sprinkler initiatives, and it is likely that HUD may scrutinize us as a result. But I believe this program is achievable, and complements the nature of the CDBG program.
I also believe that our SCAP program will help remove a potential impediment to downtown revitalization. In doing so, it will help program beneficiaries grow, thereby permitting businesses to create jobs and add to the city’s tax base — and be safer as they do it.

Scott Somers, Ph.D., is vice-mayor of Mesa, Arizona, and a 17-year veteran of the Phoenix Fire Department. This article is from NFPA Journal®, November/December 2012


Photo credits: Scott Somers, vice-mayor of Mesa, Arizona, in a downtown commercial space under renovation that will soon be retrofitted with sprinklers. Mesa is using federal funds to install sprinklers in homes and businesses, efforts Somers hopes will help spur economic development throughout the city. (Photo: Mark Henle)