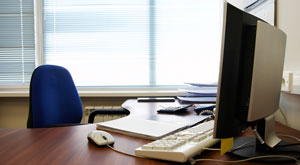 Three Technology Drivers Impacting the Role of the Estimator

While there’s certainly no lack of technology products available to help expedite the cost estimation process, why is it that there’s still a significant amount of work that’s done using old-fashioned paper and pencil or the more modern, albeit dated, spreadsheet?

For many estimators, the reluctance to adopt a new approach is rooted in the mindset of “if it ain’t broke, don’t fix it,” especially when there’s a multi-million dollar project at stake. Along with this common and warranted view is the anticipated learning curve associated with new technology.

Just as there remains a steady population of cost estimators that are sticking with the status quo, there are also a growing number that understand the huge potential in avoiding cost overruns, and gaining much-improved production with easy-to-use technologies.

When you consider the most recent advances in technology impacting the construction industry, you quickly realize that the role of the cost estimator is on the verge of significantly and permanently changing.

The three biggest technology drivers of this change are:

1. Advances in takeoff
2. Increased adoption of BIM
3. The mobile evolution

Going beyond its roots in digitizing images that were later manually input into a cost estimation tool, innovations in takeoff continue to accelerate the paperless workflow.

The latest advances are even more focused on boosting productivity and reducing costs. For example, some programs enable estimators to zoom in on drawings and better understand the cost of assemblies down to their most finite elements.

Along with providing drill down capabilities to gain a more comprehensive and clearer picture of the project, this technology also reduces the amount of drawings that need to be printed, therefore reducing the associated cost of each one. With the average printing price of 18 cents per square foot, it’s easy to see how costs associated with preparing a bid from prints can quickly add up, and how a digitized takeoff is helping to change that.

Additionally, newer takeoff tools provide version control and audit trails so that changes can be tracked to ensure team members they’re viewing the most current version of specs.

What’s more, according to Curtiz Peltz, CEO of eTakeoff, “The worlds of cost estimation and e-takeoff are moving closer together. Yet, to effectively integrate the two, the technology offering must reflect the depth of knowledge and expertise in each of these disciplines in order for the combination to deliver true value.”

We’ve been hearing for some time now how BIM will play an increasingly important role in cost estimating, and recent studies substantiate this. The easy explanation is that BIM is not a new science, but a new paradigm of working methods, which is already adopted in many other industries.

This signals a need for more powerful estimation tools that go beyond the limitations of spreadsheets, but at the same time BIM is familiar, easy to use and able to support the existing methods.

Mobile is on the Rise

It’s clear that we will continue to increasingly connect using our smartphones and tablets more than our PCs.  Recent studies support this finding, showing an increased reliance on mobile devices.

Consider the following data points. There will be 115.8 million smartphone users in the US by the end of 2012, and that number is expected to reach 176.3 million by 2015 .  Further, tablet devices will generate more Web traffic than smartphones by early 2013 .

Given that there is a mobile device in every pocket in the field, we can assume an increasing reliance among remote workers for access to the most accurate information.


The Estimator of the Future

As these technologies become more entrenched in the day-to-day activities of construction companies, forward-looking business leaders will be looking to take advantage of the benefits they deliver in terms of increased productivity and higher return on projects.

At first glance it may appear that these technology shifts will leave the estimator with steep learning curves. It also raises the issue of whether it’s worth it to relinquish spreadsheets altogether. However, a closer look reveals that neither of these scenarios is the case.

Technology providers are integrating all the tools required to offer a comprehensive, accurate, and current view on the status of projects. This includes every element in the estimating process such as 2-D takeoff, BIM, and third-party pricing databases.

This elevates the role of estimators, because it helps them proactively identify potential cost overruns and more accurately determine the impact of changes to the project.  In fact, the estimator’s role will shift towards being the project expert who really understands the project from A to Z.

While there’s still a lot of work to be done behind-the-scenes to make these different technologies work together, great strides are being made because the construction tech industry realizes the potential in offering a single, comprehensive platform. The trick to making this platform successful will be in the ability to allow estimators to easily transition from their mastery of spreadsheets while providing a more powerful underlying engine that actually makes their job easier.

Going forward, it’s clear that the role of the construction estimator will inevitably change. Today’s methods of determining project costs will probably carry on as a methodical fall back method. But the differences in companies that embrace the technology shifts forward will eventually become more profitable in their bottom line.