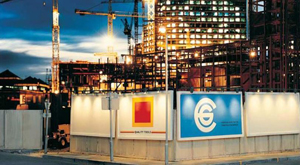 On a rainy Seattle night, a shadowy figure walked up a rough stairwell on a large fenced job site in the city’s South Lake Union neighborhood. The crew had gone home and there were no security guards in sight. Three Seattle police officers had already surrounded the job site perimeter after a priority dispatch from a local alarm monitoring company, where the security system installed at the site alerted operators to a crime in progress. The suspect tried to hide and escape through the fence, only to be arrested.

According to the police report, stolen property from the site, including tools, was recovered at the spot where the suspect was arrested, along with a stolen vehicle.

For as long as there has been construction, there has been construction site theft. Expensive tools, valuable metals and even building materials are often too tempting for the criminally-minded to pass by. When modern construction began to take off in the United States in the mid 20th century, superintendents and project managers brought in dogs to scare away intruders or had workers sleep in trailers onsite. When those options proved to be less than reliable, relationships with police forces were developed. Officers would keep an eye on sites, driving by as part of their nightly patrols. As may have been expected, it became all too easy for thieves to get in and out of restricted areas as soon as the patrol car was gone.

Security guards were the next logical step; after all, what could be better than a live guard on the premises? Guards would patrol a site and drop tags into boxes to prove that they had monitored an area. Unfortunately, burglars soon learned how to case a guard’s patterns and avoid being caught. Guards also require higher fees – and don’t always deliver consistency. Today, many firms feel priced out of the guard market, where $20 an hour is on the low end of the pay scale. Many of these companies have gone back to no security at all, choosing instead to simply budget for losses.

An increasing number of project managers have turned to what may be the next wave in job site security, which is also proving to be, by far, the most successful: verified outdoor security systems designed specifically for the construction industry. These systems require no power, no wires, and communicate to monitoring centers via cellular technology. Motion detection, video cameras and burglar alarms are nothing new, but the verification component means fewer false alarms and a quick police response time. At sites using video verification, when a monitoring operator receives an alarm signal from a job site, the operator is able to determine if a crime is taking place or if it is a false alarm by watching short video clips from devices installed around the site. If a person is on site after hours, the operator dispatches police at a high priority.

Video verification also offers the added benefit of informing police of the suspect’s activities, both before and after the arrest. For example, if the footage shows the intruder picking up a piece of equipment on site, the suspect will be charged with burglary, even if he is empty-handed when arrested. The real-time component of video verification for job sites can also help protect law enforcement officers. At a site protected with video verification in Portland, OR, the monitoring operators saw that the intruder had a gun. They immediately informed the police dispatcher, who relayed the message to officers. With knowledge about what they were walking into, the officers were able to make decisions that protected their lives.

Rafn Company, a large construction firm based in Bellevue, WA, hired Secure Pacific Corporation for video verification installation and monitoring at their sites in April 2013. Since that time, local police have caught seven trespassers and burglars at three separate Rafn sites around Seattle. Other firms have started to notice a sharp drop in burglary attempts since displaying video verification signs, possibly due to increased awareness in the criminal community about fast police response at secured sites.

When it comes to theft, project managers want to do everything they can to keep expenses down and the project on schedule. Some companies have trended toward the installation of internet protocol (IP) cameras in recent years, along with traditional job site progress cameras. The downside of IP cameras for loss prevention, however, is that, despite their clear quality and remote access capabilities, they do not alert anyone to a crime. Surveillance footage is extremely valuable in after-the-fact burglary investigations, but stolen wires and equipment may already be long gone by the time the suspect is tracked down.

Project managers also deal with much more than theft when sites are unprotected. Criminal mischief, such as cutting power to cranes or damaging property, can be incredibly expensive and set projects back by days or weeks. Trespassing also poses liability risks for companies, because, while safety precautions can be taken with workers, it is impossible to assure the safety of an unwanted visitor.

Mark Losh, a job site security expert for Secure Pacific, finds that project managers are increasingly foregoing security guards and choosing instead to add the costs of replacing parts and materials into their budgets. He frequently hears that the costs of replacing stolen items, while still very high, is less than what it costs to pay a guard. On the other hand, it is becoming common for contractors, especially electricians, to turn down jobs at sites without security in place.

One area where the costs of theft can far outweigh the costs of security—even a guard service—is copper wiring. Copper is likely the largest target on job sites, and burglars go to great lengths to get it. The Department of Energy estimates that, for every $100 worth of copper that is stolen, $5,000 is needed for repairs and replacements.

In June 2013, prosecutors in Washington’s King County charged two men with what is believed to be the largest known metal theft in Washington State: the theft of approximately 4.3 miles of copper wiring from the Sound Transit Light Rail System. The defendants allegedly committed the crime by finding their way into maintenance hatches in a tunnel below two stations on the light rail. They entered at night to remove the copper wire, which was designed to ground “stray voltage” in the track system. To remove the loot, they allegedly dropped the wire through air vents and then drove along the line to pick up the cut wire.

The defendants likely worked through the night for several months to cut and strip the wire. Evidence gathered by King County Sheriff’s Detectives shows that the men allegedly took the wire to various scrap metal recycling businesses in King County to sell. While cases of similar scale to the one in King County are rare, smaller copper wire thefts happen every night.

When it comes to protecting property, workers and time at job sites, all options should be exhausted to ensure as little loss as possible. As technology evolves, there will certainly be changes to security and surveillance -- not only on job sites but in all commercial spaces.

Using video to verify alarms has, so far, been the best way to prevent loss, catch criminals and keep out intruders.