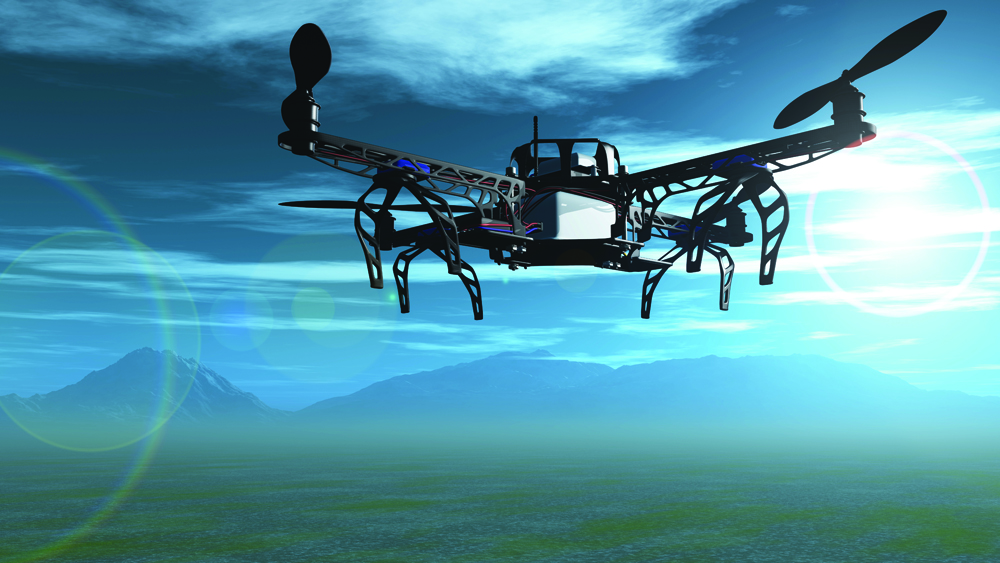 Drone Use in Construction Expected to Increase in 2016

A survey report released by WPL Publishing Co. in February 2016 shows interest in drone use on construction projects growing rapidly from 2014 to 2015.

As expected, the most popular use is aerial photography for marketing and project documentation. The year 2015 was a transitional year for drones for several reasons: major drone technology improvements, widespread access to sales and service, and the granting of exemptions allowing commercial use in the national airspace. If 2015 was a transitional year, 2016 is expected to be a breakout year.  Read on to find out what the fuss is all about and how drones may be in your future.

Almost all drones are capable of carrying a tiny camera to either capture photos or videos, as well as a camera that can transmit live video feed, known as “first person view.” More sophisticated drones carry higher quality cameras that can also transmit a live video feed.  However, the camera is not always pointed in the direction in which the drone is flying.

A category of drones that have become very popular is the “prosumer” drone.  Popularized by Chinese manufacturer DJI, the Phantom series of drones is capable of carrying a 1080P high-definition (HD) camera, either of its own brand or the popular GoPro camera. The camera is typically mounted on a 3D “gimbal” that stabilizes the camera while the drone is flying, or, if in a hover, making constant corrections to offset the effects of wind.

Another Chinese company, Yuneec, recently introduced its very capable “Typhoon” quadcopter, which has a built-in 7” screen for live-view (DJI relies on the user supplying an IOS or Android device).  And American manufacturer 3DR introduced its “Solo” drone, with advanced flight controls and direct access to GoPro camera functions, as well as other features aimed at getting first-class photos.

All three of the brands mentioned above became available in “big box” stores, traditional hobby shops, and drone specialty stores in 2015.  Improved availability has also been a factor in the increased use of drones.

The technology improvements in 2016 are even more impressive. Retractable landing gear was introduced in 2015 on the DJI “Inspire” model, prompting other drone manufacturers, including Yuneec, to offer retractable landing gear. This feature provides the capability for the camera to have a full 360-degree field of view without obstruction.  Also coming from Yuneec and others is collision avoidance capability, most likely using Intel’s RealSense technology. Finally, expect to see more flight control capability to reduce flyaways and other problems due to operator error, such as geo-fencing to set boundaries that limit where the drone can fly.

The Construction Use Cases

As noted in the introduction, aerial photography is the main reason for construction companies to use a drone. The no-brainer application is for those companies that already employ a helicopter service to take photos; using a drone is more convenient, less costly, safer, and provides higher quality photos.

On projects that rely on helicopters, the cost/benefit of using a drone is obvious: helicopters are expensive and risky.  In addition, according to the Jacksonville District of the U.S. Army Corps of Engineers, “The UAV program provides high resolution aerial imagery, on demand. The images are much higher resolution than traditional aerial photography.”

The survey mentioned earlier found 76% of operators using drones on a construction project use them for tracking job progress. The advantage of using a drone for this purpose is that, from start to finish, the drone can capture unobstructed views from one or more aerial vantage points.  The drone can be programmed to take the same photos each time it flies in order to demonstrate progress from one period to another, or to build a time-lapse history of a project. This first-hand knowledge is key to the construction manager staying on top of all activities.

The second most popular use, at 66%, is photos for marketing.  This category includes:
• pre-construction photos for estimating and developing proposals
• aerial photography of completed projects for the purpose of showing properties in attractive perspectives or to create dramatic videos
• for multi-story new construction projects, taking photos from different floors and directions to show prospective tenants the views they will see when the project is complete
• working with clients to view existing buildings or new projects to make design decisions on building locations, landscaping, and renovations

Other uses for drones include inspection of areas not readily accessible, for logistics and production planning during construction. Drones can also be used for safety review and monitoring, for surveillance, for mapping and surveying, and for laser scanning in order to develop building information models (BIM).

One use not yet seen is for transporting materials.  It is foreseeable that one day drones can be used to save money in transporting small payloads of parts, supplies, and materials on high-rise projects and on vertical construction.

The Elephant in the Room – The FAA

What is preventing more widespread use of drones in construction, as well as real estate, farming, and other industries, is the Federal Aviation Administration (FAA).  Current FAA regulations prohibit the use of drones for commercial applications.  Individuals are required to apply for a “333” exemption.

By law, any aircraft operation in the national airspace requires a certified and registered aircraft, a licensed pilot, and operational approval. Section 333 of the FAA Modernization and Reform Act of 2012 (FMRA) grants the Secretary of Transportation the authority to determine whether an airworthiness certificate is required for a UAS to operate safely in the National Airspace System (NAS).

Many users, however, are loosely interpreting the FAA regulations. Some are saying that if they fly a drone on private property, take pictures only for personal use, remain under the 400’ ceiling, and are not charging for the services, then that is not commercial use, and falls into the “hobbyist” category. This is a risky proposition and violators can receive hefty fines. A number of the respondents have expressed concern about the FAA requirements and have ceased or limited the operations of drones on construction sites until such time the FAA issues new regulations.

In early 2015, the FAA issued “proposed rules” for public comment.  Under the proposed rule, the person actually flying a small UAS would be an “operator.” An operator would have to be at least 17 years old, pass an aeronautical knowledge test, and obtain an FAA UAS operator certificate. To maintain certification, the operator would have to pass the FAA knowledge tests every 24 months. A small UAS operator would not need any further private pilot certifications (i.e., a private pilot license or medical rating). The new regulations are expected to be released by summer of 2016.

While the public awaits the FAA’s proposed new rules easing restrictions on using drones, the number of construction companies applying for and receiving FAA’s “333” exemptions under the current regulations continues to rise. The fact that this exemption requires the operator to have a pilot’s license demonstrates that the value from using drones is worth the trouble and cost.

To date, more than 3,300 exemptions have been issued.  Based on a search at the FAA website, more than 440 exemptions were issued for the express purpose of use on a construction project. The applicants included construction firms, utilities, or industry service providers. This includes those specifically offering mapping, surveying, imaging, engineering, geospatial analysis, multi-spectral imagery, photogrammetry services, and data collection and inspection for construction. The same search found that, for more than 1,000 of the approved exemption requests, a full 33% mentioned “inspection” as a stated use.

It’s clear that drones are clearly providing beneficial use on construction projects, particularly for surveying, mapping, inspection, and aerial photography. In the U.S., at the time of this report, the FAA rules on commercial applications are clearly holding back more widespread use.

While some contractors are complying by obtaining an FAA exemption or using service providers, others are flying drones at their own risk. For those on projects located on remote sites or otherwise not readily accessible or visible to the public, drone use is considered less risky. Assuming the proposed FAA rules will loosen up the restrictions, construction professionals who anticipate wanting to use drones are encouraged to obtain one and practice in open areas in compliance with FAA regulations.

In the interim, consider hiring a service provider. In March 2016, WPL Publishing Co. will unveil its online Drone Services & Equipment Directory for the construction industry, with the purpose of helping A/E/C professionals locate service providers to assist them with their drone needs.

Visit ConstructionProNet.com and sign up for the free newsletter to receive updates on the directory and ongoing news on drones in construction.